Adele’s Hello quickly became a smash hit. Yesterday the singer decided to give us something new again, before the release of her new album on Friday.

It’s a live session of a song called When We Were Young. While I find parts of it to sound slightly off and in the wrong key, most of the recording is powerful and beautiful.

After the tragic terror attacks in Paris, Baghdad and Beirut the world is in shock.

Some places witness attacks like these all the time. It is absolutely horrific what some people are capable of doing to others…

A musician in Paris decided to pay tribute to the victims of the recent attacks by playing John Lennon’s Imagine outside of Bataclan concert hall the day after 89 of them were killed there. It’s still a powerful song and powerful statement. And my Song Of The Week:

Imagine all the people
Living life in peace…

My man Prince is always full of surprises! Not long ago he suddenly returned to Instagram. And now he’s decided he return to the European stages as well!!

It came as a surprise to many when Prince announced over the weekend that he’ll do a one-man show and tour Europe with only a piano and a microphone. Like, seriously?! Is Prince really going on tour?! Without distractions?! Weeeeeeee!!!!!!!! As you may notice, I am not unhappy about it…

According to Dr Funkenberry, the tour, aptly named Prince Spotlight: Piano & A Microphone, will be a quicky though and include 11 countries and 16 cities in just one month!  It starts as soon as next Saturday in Vienna, Austria (at the Konzerthaus)! Sweden, Denmark, the UK, Spain… are a few of the other places that’ll be able to funk on asap.

As usual everything isn’t fixed yet, so when it comes to exact dates you better keep your eyes open! And you never know, Princey may very well add more stops to his list and funk across Europe longer than planned… Also be prepared that he’ll do a few new songs you’ve never heard, unless you do have his latest album HitnRun. Otherwise you should take a listen, because it’s definitely not all bad!

Gosh, I hope there are some good dates for yours truly to attend! There’s not much room for planning…

Here is a live performance from LA last weekend:

As an 80’s kid I have those periods where I am extra fond of the music from that decade and wish I had been born a few years earlier so I had had some real time to enjoy the stuff. But thankfully there’s YouTube!

The most elegant singer was probably Roxy Music’s Bryan Ferry, the James Bond of 80’s rock. RM have some fantastic pieces that have become true classics.

One of them is my Song Of The Week:

This Earth, Wind & Fire classic from ’79 is still as strong, smooth and soulful as back in the day. You may be surprised to know that legendary musician David Foster was one of its writers.

Anyway, it’s a great track and a great way to start the week!

Ladies and gents, I give you After The Love Has Gone with Earth, Wind & Fire:

The Weeknd’s summer hit was first introduced to me by Mr Tom Cruise, who hilariously lip synched to it on The Tonight Show a few weeks ago (you gotta see it, so video is at the end of this post).

Can’t Feel My Face is like 2 songs blended into 1, creating something that’s impossible to forget. Check it out:

It’s been a looong while since we could hear new music from Janet Jackson, but now it’s here! Her brand new single No Sleep was made public a few weeks ago and hos now over 2 million listens on YouTube, which shows that people are still curious about the lady.

The song is a loungy chill-out track, which reminds me of some of Janet’s stuff from the 90’s (a good thing in my book).

And in case you want to know what the lyrics are, here ya go:

I reported a couple of months ago that there would be new music from Prince this summer and today, on the first day of July, we got just that! 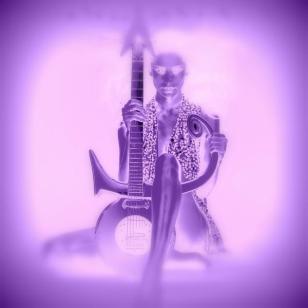 It’s not an album, but a single called HARDROCKLOVER and from what I can judge he seems to be going for a rockier/edgier sound. It’s filled with sexual desire and screaming, so Princey is definitely feeling raunchy again (which we all love)!

You can listen to the song over at Dr Funkenberry.

Mini review: This song is a grower, it makes you feel somehow odd at first but then you can’t help but being caught up in all the emotions and scream “Oooowwwaah!”. Definitely makes me curious about the other songs that are to come!

Btw, is that a woman’s leg sticking out in the picture or is Prince showing off his assets? Nah, must be a female who’s fainted. Nice of Princey to support her with his guitar… Wait, I just realized that the whole body is probably a woman’s. Duh. New model, love interest, dancer?? Hmm, the plot thickens…