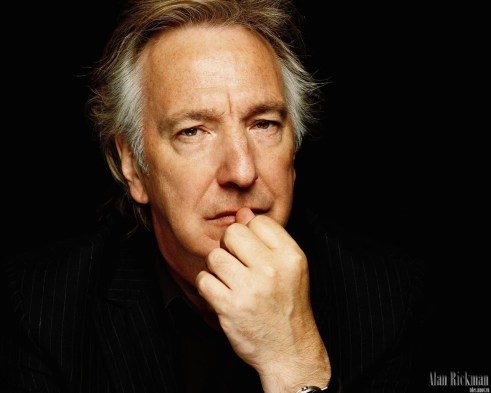 I just read this five minutes ago and I can’t even write this properly. It seems so surreal.

One of my favourite actors, Alan Rickman, has passed away. Just a few days after David Bowie died from cancer aged 69, Alan Rickman does the same. Cancer. 69.

His voice was the most special, deep, exhilarating voice there was. A voice that led to giggly discussions with family and friends (all female). But it was far from the only thing that made him special.

Alan Rickman was an absolutely brilliant actor. One of the very best. He’s portrayals were so believable, so true. Just like Bowie, he seemed immortal.

He was Colonel Brandon quietly longing for his Marianne in Sense & Sensibility, he was the husband with the wandering eye in Love Actually, he was the creepiest of villains as the Sheriff of Nottingham in Robin Hood, he was Severus Snape in Harry Potter. Which by the way, only Alan Rickman could have done as great. He was perfect at playing both frightening and emotionally fragile at the same time. He was brilliant both on the big screen and on stage.

I can’t understand that I’m not going to see Alan Rickman in anything new anymore. I’m shedding a tear. And take a look at my movie collection. There he can live on forever.